The Power of Reef lighting 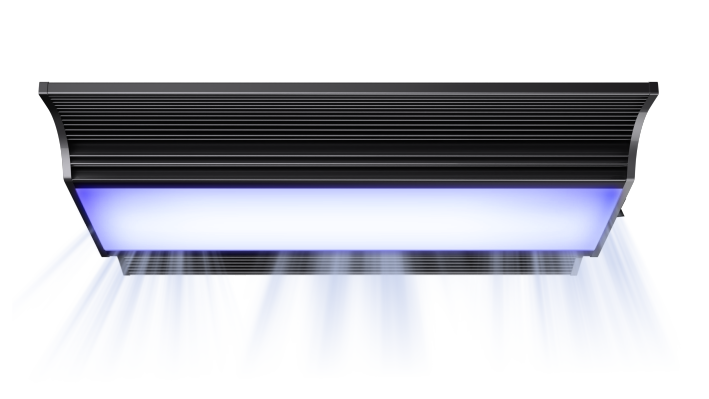 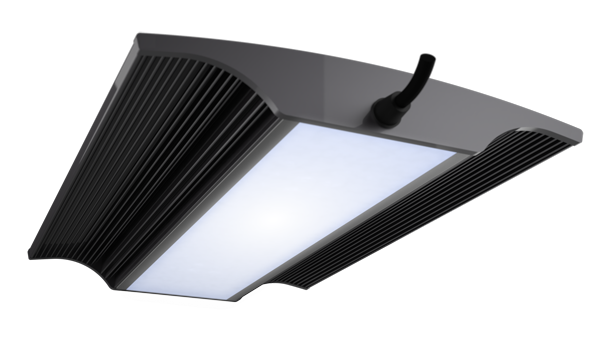 With a power consumption of up to 170 watts, state-of-the-art high-power LEDs and uniform, homogeneous illumination, it is one of the most effective lights in aquaristics. The use of a diffuser in combination with optimal PAR & PUR values makes the VervVe G3 the perfect reef lighting.

The design speaks for itself and the workmanship is of the highest level.

By dispensing with highly concentrating lenses, perfect illumination is achieved for areas between 50 - 80 cm in length and 50 - 65 cm in width. The specially designed, highly specular individual reflectors of each LED colour guarantee maximum luminous efficacy and optimum colour mixing of the LEDs. The entire light of the VERVvE is thus directed into the aquarium without loss.

The additional mirrored underside of the reflector surface also ensures optimum glare control and directs light reflections on the water surface back into the aquarium - 100% of the light is thus available to your aquarium. 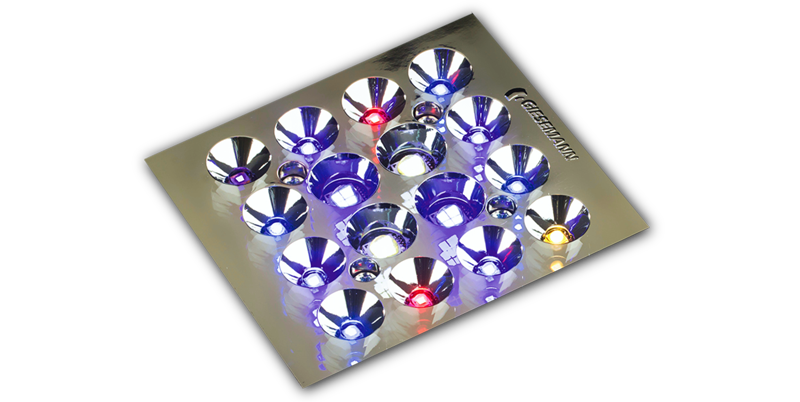 NO SPOT EFFECT AND HOMOGENEOUS ILLUMINATION

By dispensing with highly concentrating lenses and using a diffuser disc, perfect illumination is achieved for surfaces of 80 x 70 cm and depths of up to 80 cm. The entire light of the VERVvE G3 is directed into the aquarium without loss and similar to a T5.

The additional mirrored underside of the reflector surface also ensures optimum glare control and directs light reflections on the water surface back into the aquarium - 100% of the light is thus available to your aquarium. 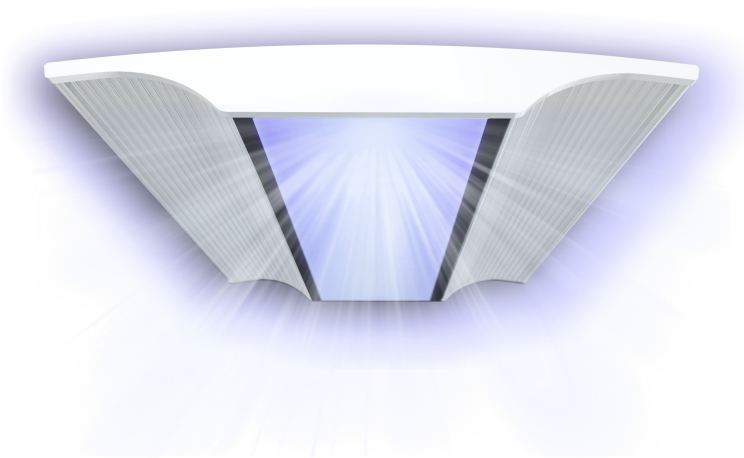 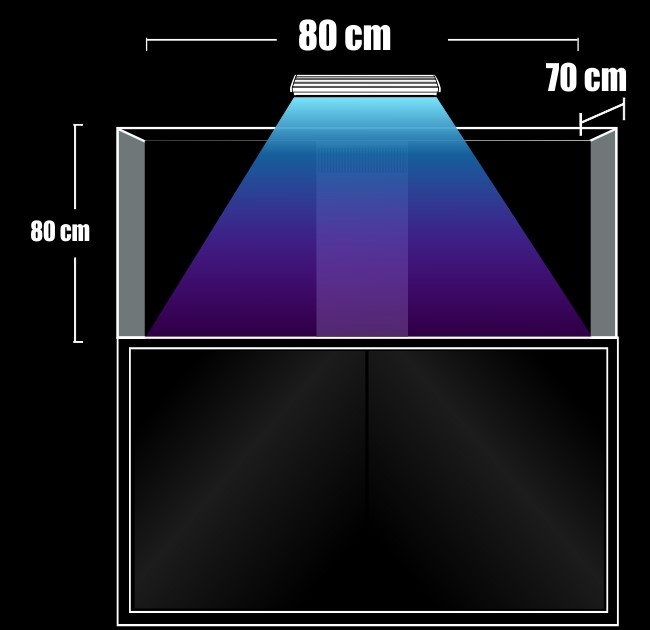 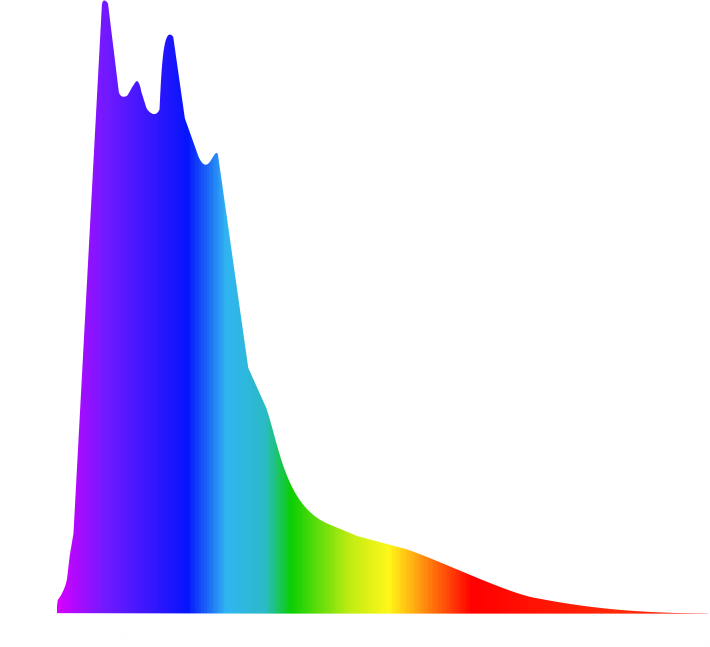 Things to know about the VervVe G3 LED aquarium lighting

PAR measurement is used to measure the photosynthetic active radiation of plants in the visible light range (380 > 780 nm). The final effective PAR value over your aquarium depends on many factors. These include not only the water movement, but also the density of the water.

The PUR value is calculated by isolating the PUR wavelength intensity data for each individual wavelength from the so-called radio spectrometer analysis.

PUR in the entire blue spectrum of the new VervVe G3 corresponds to 100% PUR and, simply explained, is marginally higher than the PAR value we measured because of the undetectable UV wavelengths. Since we work with different channels in the white range, which extend from 3,500 > 8,500 K, a PUR value of 65% of the PAR values of these channels has been calculated on average.

Photon flux density counts the number of photons that hit a square metre per second. The number is then expressed in micromoles per square metre and second. μmol/m2s

The successful German publishers and Youtubers Anker & Meehr took the time to take a closer look at the new VervVe G3.

You can find everything about the processing and facts in this video. English version follows

From experience and passion

We don't just limit ourselves to blue and one white channel, but the LED configuration of the new VervVe G3 LED aquarium light includes 6 channels.

This configuration offers the highest performance and guarantees the perfect lighting for marine aquariums. 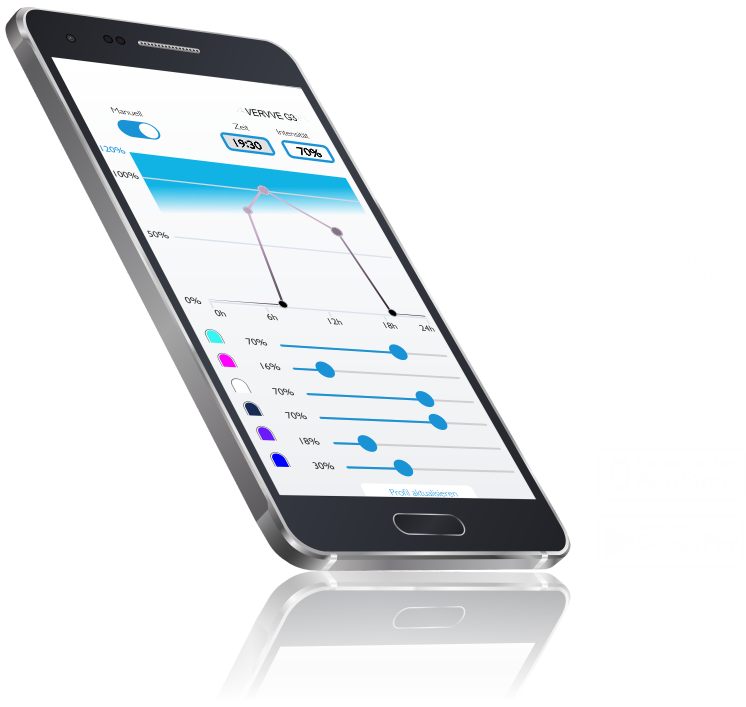 We also used the latest technology for control and every Vervve G3 can now be controlled with our lynk Control App.

Thanks to the new smart Giesemann lynk - Lightcontrol Wi-Fi App, VervVe G3 can be controlled directly without any other peripherals. Use our well thought-out presets in Easy Mode or the extensive Professional Mode.

Share your preferred light profile with other users via Whatsapp or e-mail. The lynk app is available for download free of charge from the Apple Store and the Google Playstore.

The VerVve G3 LED aquarium light can be used with our separately available mounting options. You have the choice between the cable mounting system, also in combination with wall brackets, or our universal aquarium mounting brackets. Of course, if desired, in the matching colour to your luminaire. 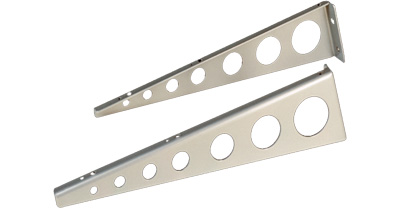